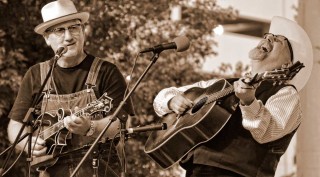 Mike Compton and Joe Newberry, masters of old-time mandolin and banjo/guitar, dig deep into early country music and blues. Their duet-singing, two-man string band ranges between traditional songs, instrumentals, ‘mother’ ballads and original tunes. It’s not about the number of notes with Compton and Newberry, but telling the truth and respecting the song.

Mike Compton is a Grammy award winner, IBMA Mandolin Player of the Year nominee, a steady sideman for John Hartford from 1994 until Hartford’s death in 2001, and mandolinist for the Nashville Bluegrass Band. Mike is inarguably the world expert on Bill Monroe-style bluegrass mandolin, and is also steeped in old-time fiddle tunes, early string band music and Delta blues. He’s entertained from Carnegie Hall and the White House to our house, and we couldn’t be happier that he’s back visiting us again in NYC. 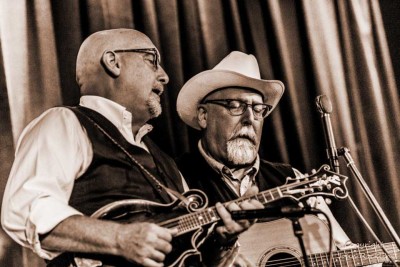 Known far and wide for his powerful banjo playing, Joe Newberry is a prizewinning guitarist, songwriter, and singer to boot. In addition to his work with Mike, Joe plays with old-time music legends Bill Hicks, Jim Watson, and Mike Craver, performs with guitarist Jon Shain, and is a frequent guest on Garrison Keillor’s A Prairie Home Companion. He won the songwriting prize for “Gospel Recorded Performance” at the 2012 IBMA Awards for his song Singing As We Rise, and was co-writer, with Eric Gibson, of the 2013 IBMA Song of the Year for They Called It Music.